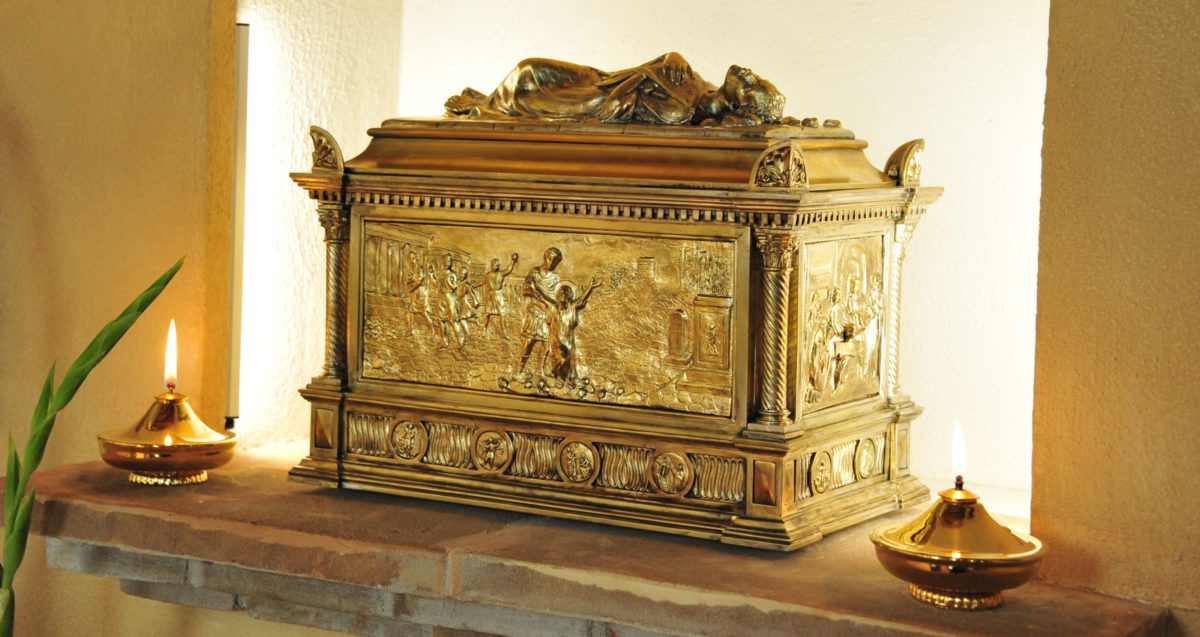 His life and his martyrdom have been handed down to us through a poem by Pope Damasus (366-384 AD). According to it, young Tarcisius was killed by pagans when he was moving about Rome to bring Holy Communion to sick or imprisoned Christians. He refused to expose it to desecration. Pope Damasus does not name the cause of death, but the emphasis on the parallels to St. Stephan indicate that Tarcisius was also stoned to death.

In the 6th-7th century, a Passion as well as contemporary itineraries add additional information. Accordingly, Tarcisius was entrusted with a liturgical task as an acolyte in the Holy Mass and was killed on August 15 of the year 257 AD. This information can no longer be verified today and it remains unclear whether Tarcisius was killed within the context of the persecution of Christians or due to a singular incident.

According to itineraries of the 7th century, Pope Zephyrinus (199-217 AD) and the young martyr Tarcisius – even if at different times – were buried above-ground in a common grave here in the Coemeterium of Callistus on the Via Appia Antica. Later, the mortal remains of Tarcisius were transferred to the Roman church San Silvestro in Capite. He was included in the Roman Martyrology under the date of August 15 – his feast day to this day.

Among the numerous large and small saints, Tarcisius is one of the few adolescents and children who are honored as saints. The Callisto catacombs, where his original grave is assumed to have been, are a reminder of his enthusiasm for the faith, of his great deed and of his service for those in need.

His name stems originally from the Greek and was later latinized and means: the courageous one!